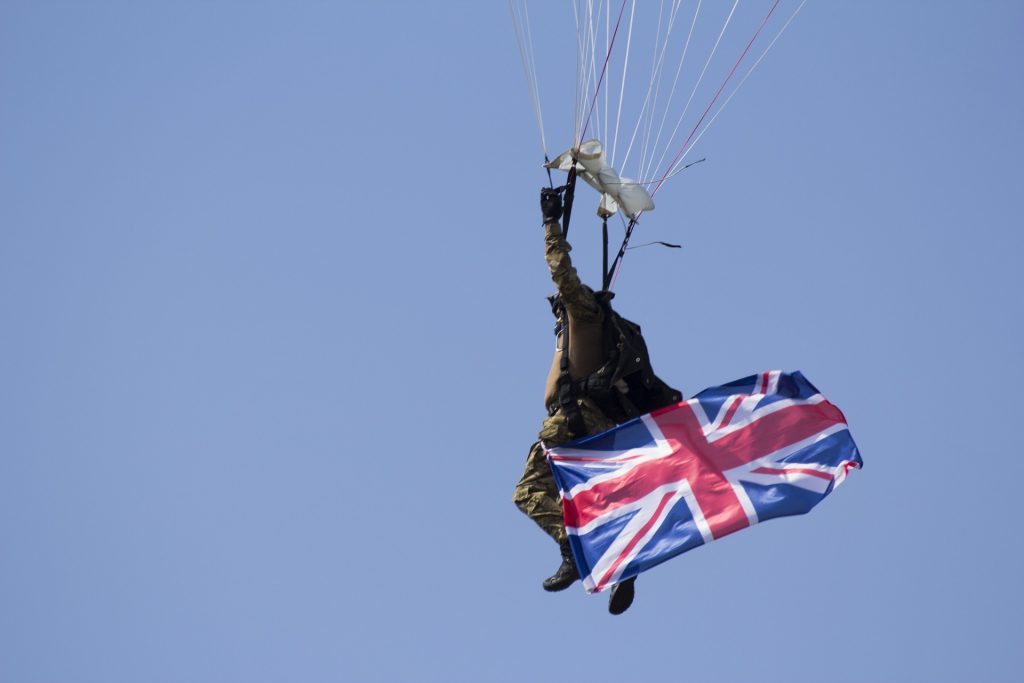 How to maximise military resettlement and successfully transition to civilian life

This article shares 7 mistakes that military leavers make when embarking on their resettlement journey and leaving the cocoon of Service life.  Rather than regurgitate the well understood problems of underestimating skills and using military jargon on CVs, it focuses on the deeper personal challenges.  Drawing on the author’s experience and that of Tri Service family, friends and clients, it is backed up by recent research.

1500 people  leave the UK Armed Forces every year. Encouragingly 86% gain employment within 6 months but many still find transition to civilian life difficult. Bouncing between jobs, a sense of loss and feeling challenged by the ‘new rules of the game’ is all too common.  Lord Ashcroft’s military transition report summarised it as ‘transition is simply more of a struggle than it could be’.

It’s hardly surprising though.  We all know that military transition is more than just a career change (which by the way is a major deal for anyone).  It is an upheaval of all aspects of your life.  Home, work, family, income, ways of working, culture and team.  No wonder it is a daunting prospect.  Just look at veteran related social media sites to hear the highs and lows of the transition process.

Learn from those who went before you and smooth your own transition.

Starting resettlement without knowing what lifestyle you want

Do you know what you want, what you really really want?  Don’t worry; you are certainly not alone.  This Spice Girls dilemma faces Service Leavers of all ages, ranks and backgrounds.  Being part of an institution for so long and having many aspects of your life dictated, the idea and its endless choices can be overwhelming.

The first fundamental step to avoid the common mistakes military leavers make is to create a vivid lifestyle vision.  It is the foundation of your whole resettlement and transition journey.  If you don’t invest the time in figuring out what you want, you won’t know where to start, what training to do, what skills you need, where to conduct your job searches, what course to do and so on.  Like the WO1 who used ELC for a locksmith course but set up an IT business so he could work from home.

Covered briefly in the Career Transition Workshop, you need to take a lot more time to think about this stage.  Post military career choices are dominated by quality of life issues, but what does that mean for you? Start by asking yourself simple questions like

Discuss it with your family and friends, research it and test it.  Be bold.  Throw off the constraints of your former life. Create something amazing.  With a clear vision of your new life you set the foundations for every decision to come.

Key takeaway:  Create a clear vision of your new life

The resettlement  process is great at matching military skills to civilian jobs, but I ask you this.  Do you want to be doing a job just because you have the aptitude to do it?  I mean, I know I’m good with figures but I’d rather stick pins in my eyes than work in accounts.

Diving straight into skills matching will give you a job you can do, but will it motivate you, excite you, make you feel valued? Will it meet your personal aspirations?  It’s a bit like deploying a military capability  without knowing the intent or objective.  One example is the Group Captain who juggled jobs for 3 years before finding an organisation whose culture aligned with his values.

Perhaps you want to be self-employed. It will give you freedom and flexibility. But have you considered the isolation and the risk of an uncertain income after years of a steady income?  Maybe you want to leave leadership roles behind but will you miss the status and responsibility?

Forgetting who you are

Remember back to basic training where you were systematically broken down. Where every part of your individuality was smothered.  You weren’t allowed to have an opinion, a view or an original thought of your own. With everyone on a level playing field, you were gradually built back up again and instilled with the team mentality. Finally emerging as a perfectly (well almost) formed military specimen.

The rest of your career is defined by Service, cap badge, role and rank.  Your military identity is very clear.  It has made you the capable, resilient and adaptable person you are.  But now you are stepping back into that big bad real world again.  There is no reverse process that breaks down that military identity and helps you rediscover your own individuality again.  You have to do that yourself.  Or more likely, you don’t do it and that is where the problems begin.

Consider the Royal Naval WO1 who never thought about what he really needed. On leaving he found the lack of purpose, structure and routine affected his relationships, confidence and mental health.

Have you considered what parts of you have been neglected, stifled and suppressed?  If you don’t think about this then how are you going to know what will fulfil you in your next career?

Leaving it too late

Two years of resettlement is plenty of time right?  All of the advice is to get going as soon as possible.  Of course that makes sense but it is often easier said than done when you are getting on with the day job.  You are so busy dealing with the here and now, when is there time to think about leaving, let alone actually do the courses?

So you put it off, thinking you will get round to it eventually.  Everything else gets prioritised and resettlement becomes a bit of an inconvenience.  Then before you know it, you are racing towards your end of Service (I am speaking from personal experience here) and cramming a full resettlement into the last few months.  Observing other ‘resettlers’ on courses with only days or months left, I realised this was a common mistake military leavers make.

Or maybe you are in denial.  Coming to the end of Service but are not really ready to leave, so you ignore it, stick your head in the sand and hope everything will be ok.  Like a former colleague who just would not accept his impending mandatory retirement and did not engage in resettlement until it was almost too late.  You won’t be surprised to learn that retirement didn’t go well for him.

You need to give yourself time and space to think, plan, reflect and adjust throughout the entire resettlement process.

Failing to prepare a civilian mindset

High on the list of mistakes military leavers make is that of mindset.  In fact it was highlighted by Lord Ashcroft KCMG PC as ”the most important factor in successful transition’’.   But what does that mean?  It means, sooner or later, you must face the fact you are no longer regular serving military and all that entails.

Maybe you have preconceptions about ‘civvies’, civilian life, the job market, your employability, your ability.   For example, does any of the following sound familiar?

These uncertainties are totally natural, after all even the most hardened military folk are human too.  However, they are not very helpful.   Negative thought patterns become a self fulfilling prophesy.  You think you can’t do something, so you don’t put in the effort. In fact you might not even try at all, so you fail and voila you were right!

Or you believe something about a situation.  You start finding evidence to back up your beliefs. You ignore counter examples of how this might be wrong.

Consider the SSgt who disliked competency based recruitment, it just didn’t make sense to him.  Faced with job applications he became annoyed and frustrated.  His anger clouded his writing, he didn’t reflect his skills in his CV so he didn’t get the job which only reinforced his belief.  See how is goes?

Recognise these patterns and reframe them into something more helpful.

Military transition is more than just the practicalities of housing, medical and job hunting.  It is a hugely emotional journey with major highs and lows.

Whether you are an optimist or a pessimist, you will have self doubts.  Moments when you ‘wobble’ and feel uncertain.  You might be worried about getting a job, making enough money, facing that first interview, writing your CV.  Those thoughts are underpinned by fear; fear of being judged, of failing, of not being good enough, of not making it, of being an imposter.   This is very common.  But it is also debilitating, knocks your confidence and leaves you feeling pretty rubbish about yourself.

I recall waking up some mornings full of excitement and energy only to be crippled with fear by lunch time when thought about marketing. Not dissimilar to how I am feeling whilst writing this article actually!  So think about when are you likely to be most vulnerable

Leaving behind your team, workmates and even the hierarchy of Service life are often reported difficulties for ex-military.   The last of the mistakes military leavers make is not getting support.  The transition journey is a lonely one and you are likely to need people to help you along the way.

Also think about who you will use for emotional support.  Having people around you to cheer you on,  celebrate your successes, pick you up when you are down and bounce ideas off is really important.

But what of all those ‘big picture’, new life type of questions posed in this article.  This can often be the most challenging part of the process, the place where you get stuck.  Years of institutionalisation have set your thinking in a particular way which might not serve you so well outside.  Where do you even start in preparing for that change?

Working through some of the questions in the article will set you on your way.  There are plenty of self help books on (I’m reluctant to recommend one in particular as there are so many different approaches).  Alternatively, if you wanted to really understand yourself and work through all these challenges in a deep, personal way, then consider getting a great coach.  It is an investment you won’t regret.

This is not the definitive list of mistakes military leavers make, each journey will be unique.  What I hope I have done is highlight some of the gaps so you can get you off to a flying start (an appropriate pun for the ex-RAF author).

As a transformational coach with a military background I help Service Leavers figure out how to create fulfilling and successful civilian lives.  I only work with a handful of dedicated, committed clients at any one time to build a strong, trusting and confidential relationships.

If you are ready to go on a journey of discovery, embrace change and do what it takes to transform into your new life, book a FREE coaching session  or by emailing [email protected]